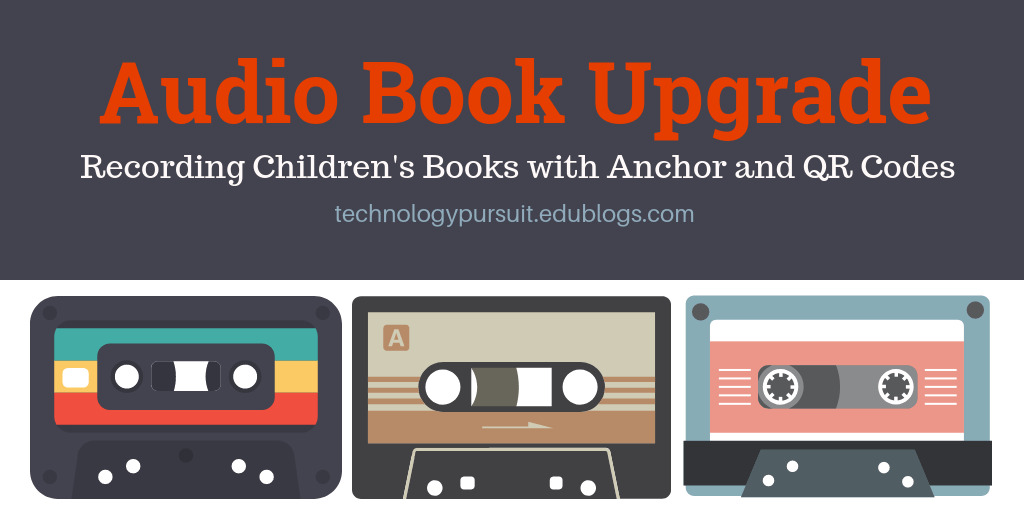 When I was a kid, I spent hours at the town library listening to books with cassettes. I wanted to read each one, though I can’t remember whether I reached that goal. 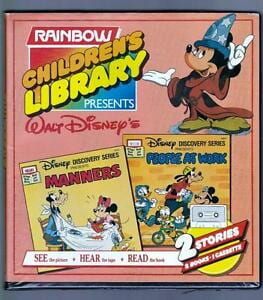 Fast forward thirty years, and my students have re-created a similar experience for our elementary students. Here’s how we did it.

Step One: My theater/speech students visited our elementary school library and selected 2-3 books. This short field trip was one of my favorite days of class. Students gasped in delight as they found books they’d forgotten about–just as if they’d found a long lost friend.

Step Two: Practice and record. I first modeled reading a few books, talking about enunciation, pausing, and changing voice. Some students chose to do the project alone, but others worked together, serving as different voices for each other’s books.

I let them choose whichever recording device they wanted. Most simply used their phones. If you wanted to take it a step further, you could use Audacity and edit the final product, even adding special effects and music.

The most difficult part of the project was collecting the recordings. Because students used many different platforms, I received the recordings via email, text message, or AirDrop. Keeping them organized was a challenge. I eventually uploaded them all to a Google folder.

Step Three: Upload to Anchor. Originally, I’d planned to keep the recordings in a Google folder that was available via the QR code, but to play the recording required a few more clicks to open up Google player. Thinking this might be too much for a kindergarten or 1st grade students, I tried Anchor instead.

With Anchor, users only have to click “play.” Plus, recordings are easy to upload and the channel can remain private, so that only our elementary students with the QR codes can access it.

Step Four: Create the QR Codes. For each of recordings on Anchor, we created a QR code (there are lots of QR generators to choose from). We then taped them in the inside covers of the book before returning them to the elementary library. 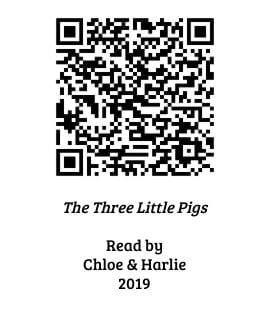 This was the first year we tried the project, and we truly did figure it out as we went. In the future, I’d recommend creating a class Anchor account and recording directly on Anchor, unless students wanted to edit on Audacity or WeVideo and add background music or special effects. Other than figuring out how to transfer recordings from several types of cell phones, the project was an easy, fun, and rewarding for all of us! 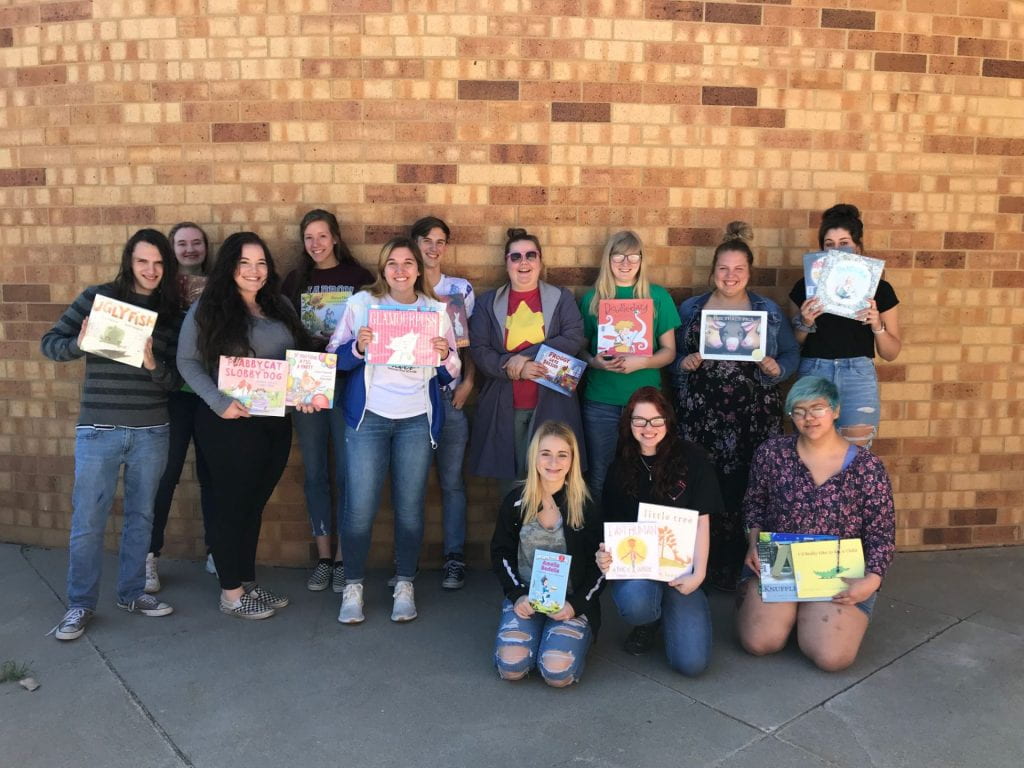 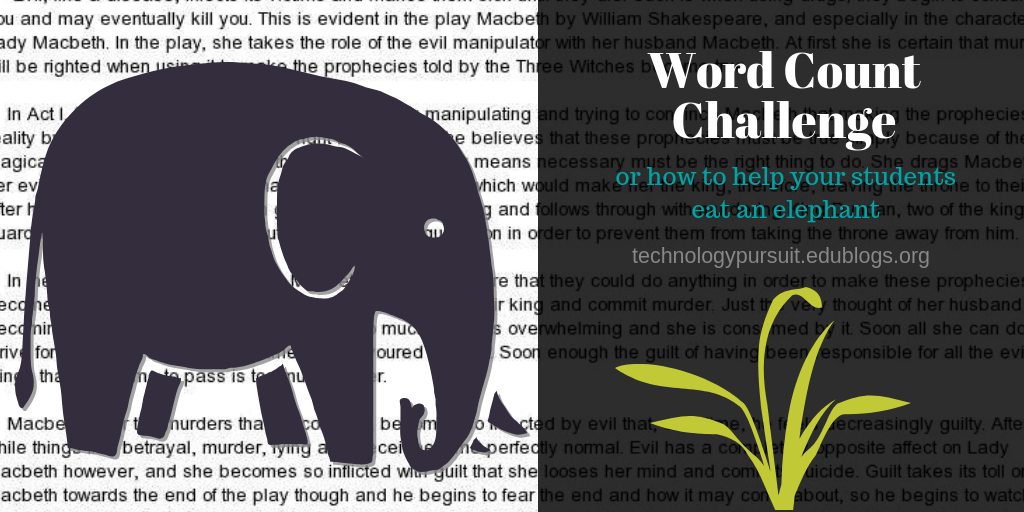 I call it the Blank Page Syndrome. It’s when you have to write something, and you know it will require thinking and work. Even if the topic is something you enjoy–such as me writing blog posts–there’s still that reluctance in the back of your mind. It would be easier to check social media, play another game of ToonBlaster, or find someone to chat with.

Our students have Blank Page Syndrome, too, and who can blame them? In fact, writing is more daunting to some of them. And the longer the assignment or project, the worse it can be.

To help students overcome this first step, we have Word Count Challenges.

On word count challenge days, the goal isn’t to write beautifully; it’s to write prolifically. I start by challenging students to put away their perfectionism–first drafts are about getting words and ideas down, not making each sentence perfect. Also, I encourage them to close any tabs of temptation–social media, email, prom dress e-boutiques–and focus on the task at hand.

Then they write to a goal. Many days, it’s a simple 100 word goal. My mantra is “the first 100 words are the hardest.” Whatever big task we’re working on, the hardest part is getting started. Once we’re going and we’re in Flow (as coined by Mihaly Csikszentmihalyi) then it’s much easier to continue the task.

Sometimes I give other incentives. The other day I exchanged the word count for gold in students’ Classcraft accounts. Each word equaled one gold coin. Other days, I might give a flat amount of XP for reaching a 100 word goal. Or anyone who reaches the goal gets their name entered for a free snackcess card (a punchcard for five pieces of snacks in our class snack box.)

Granted, it’s a bit of external motivation. But what do we do on big projects? We set mini goals, and when we reach those goals, we often reward ourselves. For example, after I comment on five student essays, then I get to play Clash Royale for ten minutes. Or eat a brownie. Or take a walk.

You can also add another step if you want to focus on student goal setting. Have students set their own minigoal for the day. Maybe it’s 50 words. Maybe 200. Or maybe it’s finding five sources.

Doing this teaches our students what most of us already know: The way to eat an elephant is one bite at a time. Hosting a Word Count Challenge is one way to help them with that first bite. 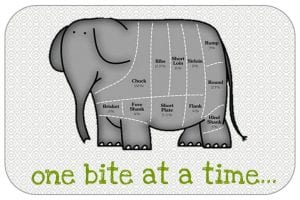 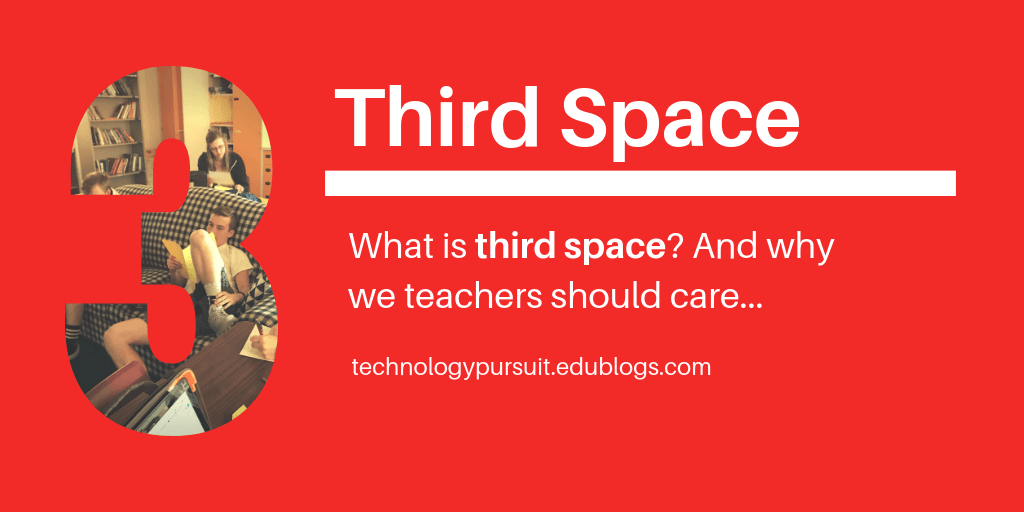 I’ve been on hiatus for a few months as I coached our high school speech team. As I do most years, I have the best of intentions to keep posting during this time, but I always underestimate the amount of energy speech season requires (typically leaving me in zombie mode by the time I arrive home).

I’ve also been doing a LOT of reading of research associated with my doctoral program, and every once in a while, something hits me.

Today, it was a big hit; it’s called third space.

This is the hybrid space in the doorframe of your classroom, in the hallway, or on the fringe of your classroom. It’s where you and your students communicate and interact on a more social level before class or before the bell rings. And according to Deborah Bieler, it’s a vitally important (and oft overlooked) opportunity to build relationships with students.

In her book The Power of Talk, Bieler discusses how our interactions with students each push toward attrition or retention of a student. Most of the time, we think about teacher/student communication as a formal exchange during class time or in conferences. However, Bieler points out that the quality of our interactions in third space can be just as essential in building a relationship with a student and ultimately building that student’s desire to stay in school.

There have been years where I’ve tried to teach to the last minute, or keep students working until the last minute. Even two weeks ago, I wondered if I should start reading poems or a book aloud for the last few minutes of class.

These aren’t bad ideas, except that I now realize what the loss would be: spending this third space time with my students.

In my school, the students tend to line up near the door at the end of the period. It’s the only high school I’ve taught at where this happens. Also, it’s a pet peeve of mine.

But lately, I’ve started to use the time to stand there with them. I’ve used the opportunity to strike up conversations–What are you doing this weekend? How’s track practice going? How’s the new car treating you?  And when we have those conversations, we can all relax. We’re not talking about assignments or writing or what we’re doing in class tomorrow. Instead, we’re connecting on a personal level.

No longer will I feel guilt if I don’t start class immediately with the bell because I was busy talking to students, nor will I feel bad if we end up chatting the last few minutes of class. I’m busy building relationships, which is the #1 job any teacher should have.