“My Tweetdeck is a big ball of chaos” — Jonathan Spike said it, but everyone involved with the #games4ed last night would have to agree. The chat was fast-moving, impossible to keep up with, and filled with genius #gbl and #education knowledge!

The chat was a follow up to Steven Isaacs and Matthew Farber’s EdWeb webinar earlier in the afternoon, Games as a Centerpiece to Student Learning. Here are a few of my favorite takeaways:

To read the transcripts and peruse the resources from the chat, go to Participate.

Join our #games4ed Twitter chat Thursdays at 8pmET to level up your classroom!

For their first unit of the year, my college composition classes aren’t writing essays. They’re designing games. Digital Breakout games, to be exact.

I’ve taught college composition for four years, and the same concerns keep nagging at me about these young writers:

These are issues I need to address, and they aren’t easy fixes. However, the first step in my attempt is to shake up our first unit and instead of focusing on “writing,” we’ll be focusing on game design.

The secret: The game design process mimics the writing process. It mimics the major steps of EVERY creation/maker/design/invention process.

By teaching writing students game design, we’re also teaching them the design process for writing (or art, or inventing, or whatever you’re making.) That’s just what I want to do — the put my students into a design situation they’ve never been and discover that the steps are the same, and that all the steps are important and applicable to writing.

Here’s my plan in more detail:

In addition, the plan hits a liberal number of 21st Century Skills, so there’s that.

Granted, this process could be taught with any writing activity: Essays, arguments, short stories, heck, even haikus. (In fact, starting with shorter writings, like poems or short shorts, might be more effective in teaching the design process than longer texts.)

But why is game-based and game-inspired learning gaining momentum? Randy Pausch touched on it in his book The Last Lecture. Games, if well-designed, have the ability to teach without the learner knowing it. Mars Generation One teaches argumentation while students explore their space station, and FanGeopolitics teaches the interconnectedness of foreign issues in geography disguised with professional sports draft mechanics.

Many young writers are anxious about their writing. I get it: writing is personal. It makes you feel vulnerable.

Games — especially a game created as a team — have lower risk involved. Designing a game is more playful and less threatening than writing — or at least that’s what I’m hoping for my students. By experiencing the design process through game design rather than writing, my goal is for students to be less obsessed with writing the perfect draft the first time, less threatened with giving and receiving feedback, more open to deeper revisions.

I want them to see writing like game design. Go in knowing it won’t be perfect, but knowing you can also have fun in the feedback/playtesting and in your revising/iteration.

Playing it Smart with Summer Planning

Last week, I got a wake up call from my body.

I was in the ER with my son and his broken arm (Moral of the story there: Don’t ride bikes next to a kid who is texting and biking) and I inexplicably passed out. Whether or not it’s connected, the next day I started the worst case of bronchitis I’ve had in 20 years.

Over the past three months, I’ve been more sick than I’ve been since my three kids were extremely young.

Message received, universe: I’ve worn myself out. I need to take better care of myself.

Obviously, rest is the first priority this summer, but I’ve also had to think about my priorities. I often do “fun” school stuff during the summer. The stuff that isn’t vital to learning. Stuff like

These aren’t bad activities. To some extent, they all have a positive benefit in the classroom. However, I had to re-examine my priorities and what has landed me here in the land of cough drops & cold medicine.

It was time to take an honest look at what took up the most time or gave me the most stress this year. At first, the answers varied. Assessing writing and work. Staying caught up on planning during speech season. Motivating the senioritis stricken. All of it came down to one word.

This is what stresses me the most. When I’m on top of it, my teaching is most effective. I’m in the flow. When I’m behind, I’m straddling water, and it’s easier to lose student interest, and in turn, student learning.

This summer, I’m focusing on these goals:

For years, I’ve heard the tired mantra “Work smarter, not harder.” It’s about time I took it to heart. 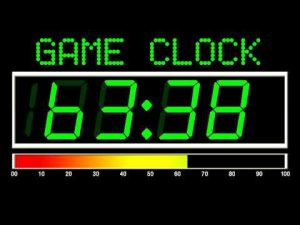 This past Thursday (May 18, 2017), #games4ed took on the end of the school year as the chat focus. As usual, I have some favorite takeaways from the evening:

Join us for the #games4ed any Thursday at 8pmET!

Hosting a Words With Friends Challenge 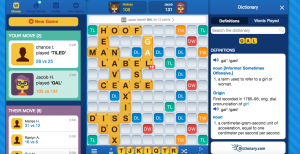 It’s the end of the school year here. Seniors are gone, but British Literature is 50% juniors, most of whom have qualified for skipping finals.

So just what do you do for two days for students who have “checked out”?

Host a Words With Friends challenge!

Matt Farber inspired me to do this when he wrote about Words With Friends Edu in his book Gamify Your Classroom. I set up an account and a classroom, and then shared the code with the students.

After that, the challenge took off! Many students worked on their games throughout the two days. The best part was tallying up the scores. Even after students posted their total points on the board, they returned to their games and continued playing!

For our final reading response of the year, I tried the new Flipgrid app, and let me tell you–amazingly simple and simply amazing.

After creating a Flipgrid account, I started my first grid and shared it with students with the following information:

Share the best book you read this year! Include a SUMMARY of the book and WHY the book was the best!

Things to consider for your video:  Background music? Setting/background? A guest? Notecards? Props?

Awards will be give for the following videos:
-Funniest
-Most attention grabbing
-Most creative
-Most persuasive

Then, one student took it another step in creativity by adding credits:

Jacob’s video opened the door. Then Chism, whose book was Gym Candy, set his reading response in the weight room:

From then on the creativity exploded! I never imagined two students teaming up to do this:

Or an homage to Ferris Bueller’s Day Off!

On just one assignment–so much creativity! Yes, some students kept it simple and straightforward (you can see more here), but they were able to face the camera and create a great go-to resource for next year’s students who are looking for an independent reading book!

But Easter Eggs don’t require a lot of time and energy. For my Hamlet unit, I hid Easter eggs using invisible links in Google Drawing. 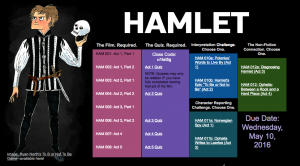 I organized the unit using a Google Drawing map, as seen above. Most of the links are obvious–links to the videos on Edpuzzle, reading check quizzes, and choices of assignments. You can also see a link at the bottom of Hamlet’s illustration that connects students to Ryan North’s game To Be or Not to Be, if that’s something they want to pursue. (I also own a version on my iPad).

However, I also hid Easter Eggs within the document that linked to other interesting Hamlet links, including the Simpsons’ version of Hamlet, comics about Hamlet, and an article that describes Hamlet being translated into wacky languages.

Here’s how I did it. 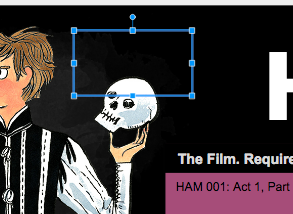 First, use the drawing tool to draw a shape–doesn’t matter what shape. Change the line color to invisible.

Then, click the edge of the shape again to highlight it, and link it (Shortcut: Command + K on Mac, Control + K on PC) with the URL. 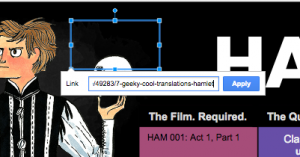 That’s it. Now I have  7-8 different Easter eggs hidden within the Hamlet map. As of now, I’ve had some students find some of them, but some still lie hidden, waiting for a curious student to find them. 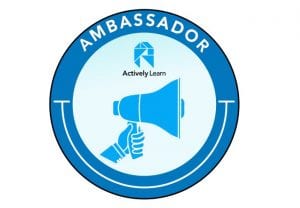 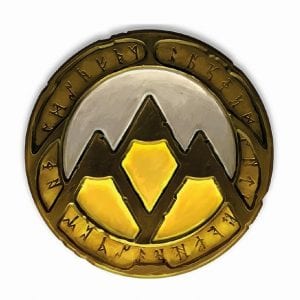 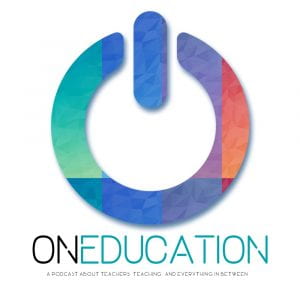