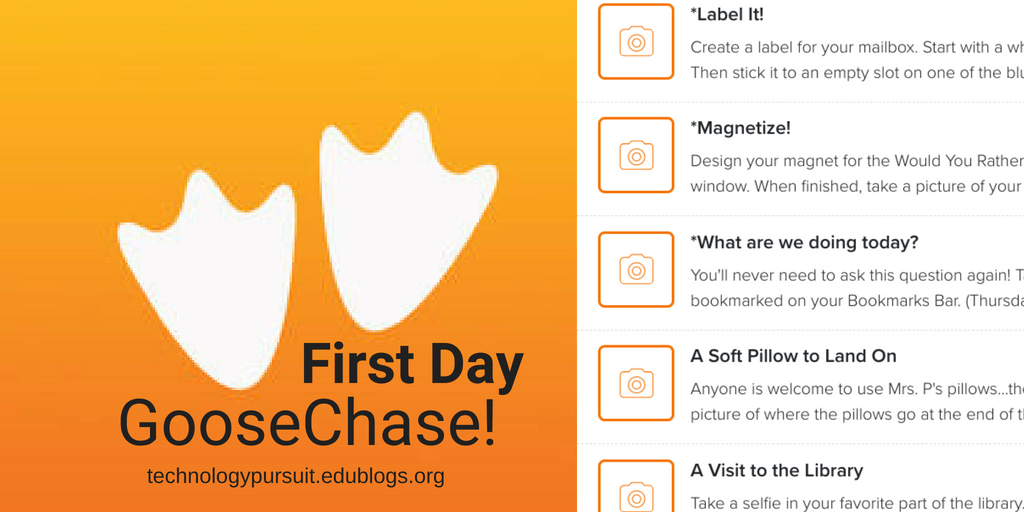 I started with a set of 52 missions to give students a huge variety of choices. Four of those missions were required ones, such as logging into Google Classroom and setting up their classroom mailbox. 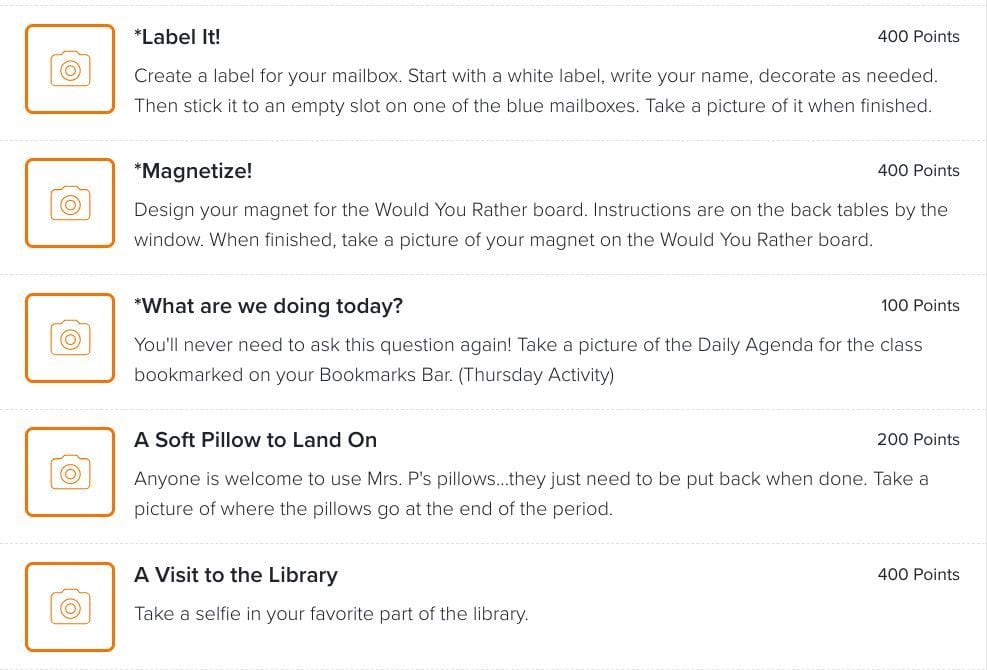 Then (after warning the students not to interrupt classes–which was moderately successful), the students were able to complete other missions, such as finding their favorite spot in the library, making up a group dance, taking a selfie with a teacher, taking a photo of a freshman-sophomore-junior-senior grouping, and finding a senior photo of a staff member (several of our staff members and teachers graduated from our high school, so this one is especially fun!)

I gave them three days to complete as many missions as they could, and then the winners earned dibs to the class couch for the next week. 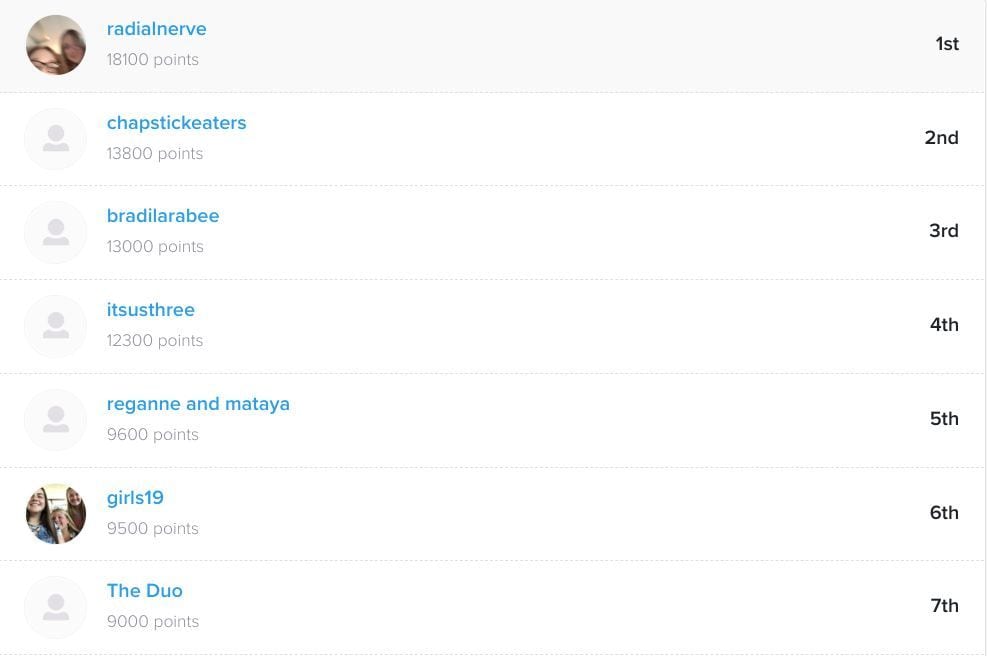 What was awesome? Everything!

I admit–to pull this off, I purchased the education version of GooseChase, but kids have already been asking me when we can play another one (It’s Monday–the game just finished Friday!).

And we definitely will play again. I can use this for finding context clues in reading, as a way to show evidence of a writing skill, or an example of vocabulary words out in the wild.