Why We Should Play Collaborative Games in the Classroom

A few months ago, several of my fellow doctoral students and I were in a conversation about building more camaraderie in our classrooms and schools. We’d noticed that students tended to build groups based on similar past experiences (which makes sense). Yet, we were frustrated that we wanted students to make connections outside their groups so they could learn from others’ experiences and gain a more diverse outlook.

“However, how much can we as teachers do to create this?” I posed. The answer came from one of my colleagues: “Maybe that’s where we need to create shared experiences for them.”

I’ve been thinking about that conversation ever since. What experiences can I create in my classroom that will forge relationships outside of their normal friendships? One way, I believe, is through collaborative games.

Collaborative games have made a resurgence in recent years. Pandemic and Forbidden Island are two common names, but there are also The Mind, Just One, Mysterium, Codenames Duet, to name a few. Plus, the ubiquitous Breakout and escape room games certainly promote cooperation. We also can’t forget the classic Dungeons and Dragons. 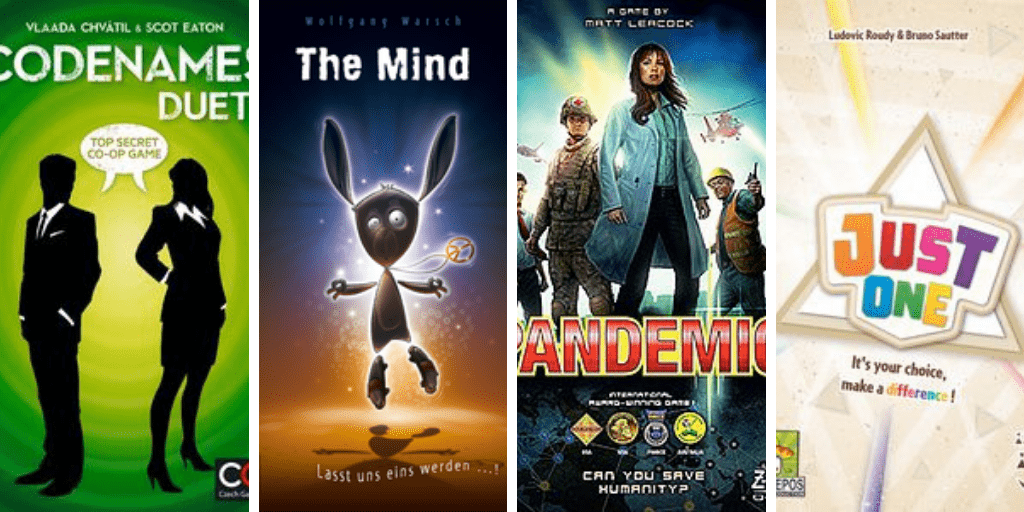 A couple weeks ago, Michael Matera and I chatted about collaborative games on his Well PlayED podcast (check it out below), where we talk about some of our favorites. But when we finished, we were a bit disappointed–we’d felt that we hadn’t even scratched the surface of the whys and hows to use collaborative games in the classroom.

Any Time is a Great Time for Collaborative Games

First of all, collaborative games are great all year long, but especially at the beginning of the year when you’re cultivating the classroom culture. Focusing more on cooperative games early emphasizes the importance of togetherness, teamwork and camaraderie. Plus, playing games is one of the best ways to get to know someone. Personally, I’m not a big cheesy icebreaker fan (last year my principal started our summer inservice with an anti-icebreaker: we shared all the ice breakers we would NOT do. It was amazing.)

But playing games, especially cooperative ones, provides lighthearted interaction between people. Through side talk, students get to slowly learn about each other. It’s a far more natural feel than concocted icebreaker games (like the Bingo squares where you have to find someone who went surfing this summer or who has more than three aunts.)

As teachers, games early in the year provide insight into our students. We can observe their interpersonal skills. We can identify students who are more reserved or dominant. We can join into games and build relationships with students on an even platform rather than being viewed as solely an authority figure.

But What About the Loss of Competition?

In recent Twitter chats, I’ve asked about what could be lost by playing cooperative over competition, and to be honest, not much. Competitive games can help teach students to work through frustration and to lose (and win) with grace–all important lessons. Another concern might be students who ride the coattails of other students. Again, this is possible, but I’m not sure if these students would behave much differently in a game where it’s “every man and woman for him/herself.”

However, I think the benefits of cooperative games and activities outweigh the deficits. This doesn’t mean we should put away competitive games. Instead, maybe we should consider ways to incorporate some collaboration into them.

Playing games in teams rather than individuals can boost the feeling of collaboration. It’s often easier to lose as a team and share the disappointment. Another way may be to adopt a “boss battle” format, where it’s the students against a common enemy–such as a fictional monster (you can find this in Classcraft) or even the teacher.

Applying it to Writing

I’m certainly not opposed to playing collaborative games (such as the ones mentioned earlier) just for the purpose of developing interpersonal skills. But I really encourage teachers to modify or somehow connect these games to current or upcoming learning.

The directions are then returned to the original teams, who will then revise the directions, add images if needed, and post directions online in the format of their choice.

Many collaborative games can be modified to different content areas. Codenames Duet and Just One can easily be adjusted with any content information. Or take a well-known game such as Deal or No Deal, add problems or questions from your content area, and have the entire class play (thanks to Kevin Roughton @mrroughton for this idea!)

Whatever game you’re choosing to play with students, consider how you might make it just a bit more collaborative and, as a result, build a stronger culture in your classroom.

The Four Tendencies: Learning About Myself, My Kids, and My Students 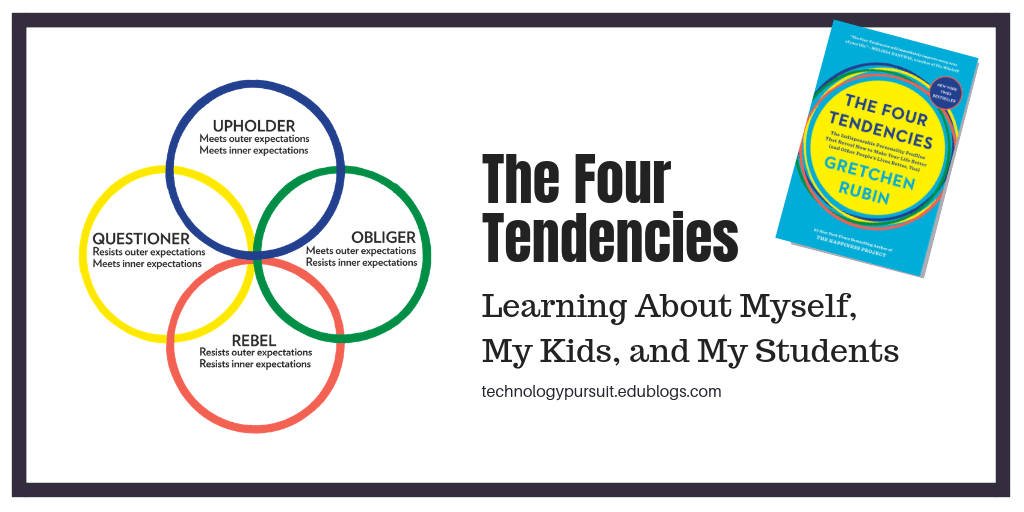 A few weeks ago, my friend Sarah escorted me to her favorite bookstore in Omaha (shout out to The Bookworm), and recommended The Four 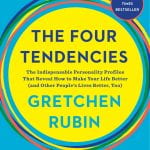 Tendencies. She’d read it and said she’d learned much about herself and also her students. Of course I wanted it for my own, and immediately she made me take “the quiz.” She was certain I was an Upholder.

What does this mean?

According to author Gretchen Rubin, who also wrote The Happiness Project among other titles, the Four Tendencies is a framework she created based on patterns she saw in human responses to outside expectations. In other words, Rubin asserts there are four main ways that we react to both outer expectations from others and our own inner expectations.

Upholder: These are the Hermoine Grangers of the world, the people who meet both the expectations of others as well as their own inner expectations. If they set a goal to exercise each day, they’ll do it. If they commit to planning a fundraiser for you, they’ll do that, too.

Obliger: This is me. Commitments to others are prioritized before commitments to myself. Obligers take care of outside expectations, make sure everyone is happy, and then will fulfill inner expectations.

Questioners: These people are opposite of obligers. They are fully committed to their inner expectations, but may not be so to outer expectations. This doesn’t mean they’re opposed to others’ expectations–they just need to understand and respect the why behind those expectations.

Rebel: Rebels resist all expectations–they want freedom and self-expression. This doesn’t mean rebels are lazy or don’t achieve–they will simply do so on their own terms. 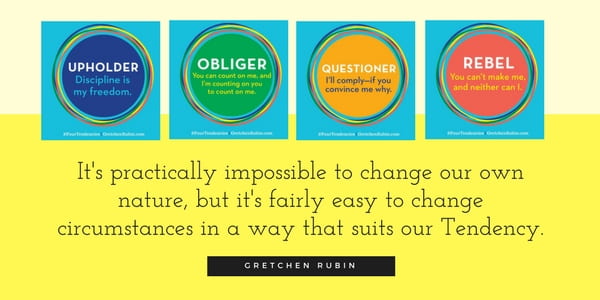 I’m an Obliger first, and then a Rebel second. I’ll work hard to meet deadlines that other set for me–and that also means that I work best when someone is relying on me. Deadlines I set for myself aren’t as threatening as deadlines others set for me. What Obligers like me need to do is seek accountability partners to help put the pressure on us.

However, I can turn into a rebel. This small part of me wants to defy expectations. Say I can’t do something, and it’s possible I’ll do it just because I can. I love independence and doing things on my own terms and in my own time.

More importantly, I think I understand others better, or at least appreciate where they’re coming from. Both my husband and I are Obligers, and we can be frustrated with our son, who’s a Questioner. He wants to know the “why” for everything–something we’d hoped he would grow out of but never has. But now I understand better how his mind works, and that he’s not trying to be difficult.

I can see some of these tendencies in my students, too, and more importantly, I can help work with them more effectively. Generally, Upholders and Obligers do well in the “game of school” because their tendencies fit well with meeting outer expectations of their teachers.

However, Questioners need to know the why, and teachers should be prepared for that. In fact, all students should know the why. Whatever we do in the classroom, we should be ready to explain what the purpose is and what the benefits are for those involved. Thankfully, we have Questioners to remind us about the importance of purpose.

Rebels, according to Rubin, are the smallest group, and I would venture don’t always succeed in the “game of school.” These students, and perhaps some questioners, have been my most challenging over the years. Rubin advises that we need to give rebels freedom and choice rather than demands threats.

Just How Scientific Are The Four Tendencies? 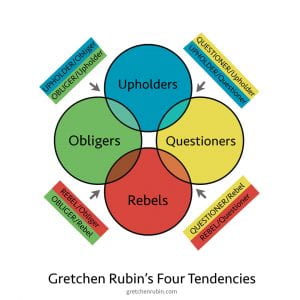 There’s not a lot of scientific validation on them. Rubin shares information about some research studies on the Tendencies here. It’s early, though. Like any theory that’s new–and especially any theory about human beings–take it with a grain of salt.

Rubin herself says that people aren’t completely one tendency or another–they’re more of a mix. I’m an Obliger-Rebel. My husband is more of an Obliger-Upholder. But I also wonder how a Tendency can change depending on a situation. Based on the framework, there’s no such thing as an Obliger-Questioner, but there are times, such as in conversations about education, where I can take on a questioner tendency.

Might it be interesting or beneficial for students to take the quiz? Perhaps. Being more aware of their natural tendencies could help them be more proactive to meet their deadlines, especially if they’re obligers and need accountability.

However, I’d also be wary of trying to classify students into black and white categories. Teens are still forming identities, and being human, they behave differently based on the situation.

I’d still recommend The Four Tendencies. It’s made me more cognizant about the different ways to share ideas to students and colleagues alike.